In this article, let’s focus on Python libraries as part of a grander scheme to understand why you should learn Machine Learning with Python.

A lot has changed in the coding domain ever since AI and Machine Learning projects starting receiving massive funding and investments from corporate business houses and data science institutions. Today, there is a whole new market for machine learning activation projects built entirely on programming languages from the Open Source ecosystems. The reason I like to refer to these as “ecosystems” is because of their thriving and dynamic existence that can turn any novel idea into a powerful application for the complex software industry.

Python is one of the components in such a thriving ecosystem that has grown to outplay most of the older coding languages, and it has become a prolific and reliable language to build machine learning activation projects.

It has many assets within its own dynamic subsets- modules, and frameworks. Python libraries are also one of them.

What is a Python Library?

A Python Standard Library is a massive universe that describes the exact syntax, semantics, and architecture of Python Language, as applied to commonly executed projects and Python distributions.

A Python Library is a collection of such scripts and templatized codes that simplify the Python programming process. Each library is standardized to improve results in each iteration, and thus removing the need to keep editing and adding commonly used commands for a project.

Here are the most preferred Python libraries to create top-end machine learning projects for your first year in data science. 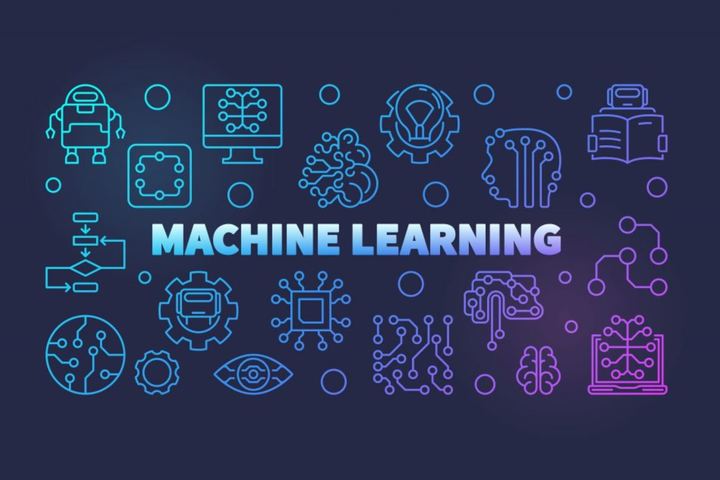 Ask any Python programmer and he / she is most likely to suggest you start accessing Python library with NumPy as the stepping stone.

NumPy is a Python library created by an open source community and licensed by BSD. It is used in core computing projects written in Python and C. The first code in NumPy arrived in 2005, and its origin is attributed to Travis Oliphant when he created the library basics from Numeric array.

Python plotting is a real science.

It is often used in conjunction with other data visualization tools such as Plotly, SymPy, SciPy, CPython, iPython, scikit-learn, and Spyder software– all built to assist trainers and coders to learn machine learning with Python programming language.

The most fascinating aspect of learning this Python library is its extendability- which allows data visualization developers to leverage third party packages built on Matplotlib functions. Some of the basic mapping tools in this family include Geoplot, Cartopy, PyUpSet, seaborn, MPiDataCursor, and Yellowbrick.

Personally, I am very biased toward this particular Python library. The only reason I can divulge here is– SciPy is everything I learned in high school and advanced engineering mathematics classes, diving deep into the fascinating realms of scientific computing for top level Machine Learning projects.

SciPy takes all the good work you have learned in NumPy. In fact, SciPy stack is built on the very stack you have learned in the NumPy course. Most trainers tend to confuse SciPy numerical arrays for NumPy’s stack, but the differences are hugely miscalculated in this regard.

NumPy is a basic computing library that can work with any array data type– whereas, SciPy contains algebraic mathematical functions specific to linear Algebra, statistics, integration and calculus, interpolation, and optimization.

Some advanced SciPy stack packages include:

Other popular Python libraries include Pandas, Keras, and TensorFlow and Pytorch.

If you start to learn machine learning with Python, all these libraries would come very handy in your overall growth as an effective data manager or analyst who can work with a variety of ML projects.

Overcoming the language barriers in Healthcare

Why Touch Me Not Plant Can Be Poisonous Or Harmless

Best Spices Every Beginner Cook Must Have

How Much Does It Usually Cost to Install a TV Antenna?

Seven Magical Steps to Make Women Fall For You

How to Curate Kids Bedroom Furniture for an Attractive Ambiance?